The Church of Classic Rock 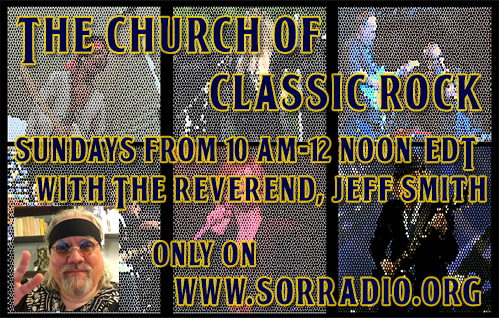 The Church of Classic Rock

As of July 18th, 2021, the Church of Classic Rock is on indefinite hiatus. In short, real life caught up with the Reverend, and he had to make some difficult choices which resulted in the decision to step back from doing two programs a week.

The Church of Classic Rock started life as the "Sunday Morning Solarium" in March of 2012, but after a brief hiatus in the late Summer, returned to the airwaves as "The Classic Rock Solarium." Upon being ordained by the Church of Universal Life, the newly moniker'd Reverend decided that, since he was already on Sunday mornings anyway, what better way to say "Thanks!" to all of the artists that have given us such amazing melodies, harmonies, and stories, than to dedicate those two hours to a celebration of life, accompanied by the music that has inspired so many! No religion but what listeners brought in with them, just a heartfelt appreciation for the music itself (and the playful hedonism that accompanies it) and what it meant to millions of people since the start of the first four decades of rock!